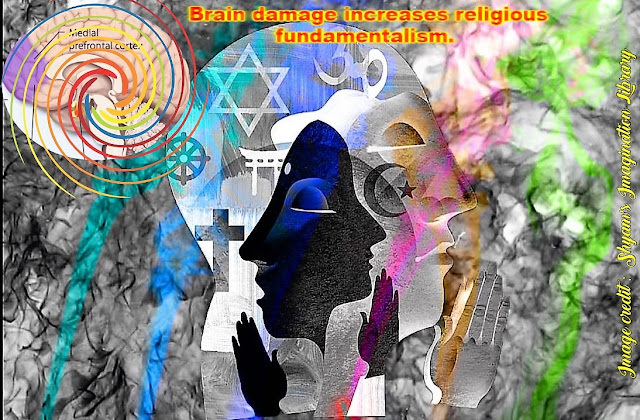 Research has found religious belief is associated with certain regions of the human brain, but there is still much to learn about how these areas influence religious belief. A new study in the journal Neuropsychologia found that lesions in a particular brain region tend to increase religious fundamentalism.

“Human beliefs, and in this case religious beliefs, are one of the cognitive and social knowledge stores that distinguish us from other species and are an indication of how evolution and cognitive/social processes influenced the development of the human brain,” Jordan Grafman of Northwestern University, the study’s corresponding author, told PsyPost.

Grafman and his colleagues examined male Vietnam combat veterans with lesions to part of the brain known as the ventromedial prefrontal cortex. They found veterans with these lesions reported higher levels of religious fundamentalism compared to those without the lesions.

Previous research had suggested that the ventromedial prefrontal cortex, which is situated in the frontal lobe of the brain, was a “critical hub” for belief systems.

The new study found damage to the ventromedial prefrontal cortex appeared to cause an increase in religious fundamentalism by reducing cognitive flexibility – meaning the ability to update our beliefs in light of new evidence – along with lowering the personality trait of openness.

Grafman cautioned that the results of the study were limited. “For this study, we recruited Vietnam Veterans with and without brain injuries,” he told PsyPost. “They were all male American combat veterans.  This limits the generalization to other groups of people including women, people from other countries, and people who come from cultures with different primary religious beliefs.
“We need to understand how distinct religious beliefs are from moral, legal, political, and economic beliefs in their representations in the brain, the nature of conversion from one belief system to another, the difference between belief and agency, and the nature of the depth of knowledge that individuals use to access and report their beliefs.”

The new research helps elucidate the links between the functioning of the brain and religious belief. But there are many other factors, both physiological and psychological, that are in need of further study.

“Beliefs have sculpted our behaviors for thousands of years and helped shape the development and sophistication of our brains,” Grafman explained.

“Such beliefs systems are dependent upon other aspects of our cognitive and social processes and those interactions would be important to understand.  For example, how does openness in your personality affect how your form and act upon your beliefs?  What about genetic predisposition and its effect upon belief systems?”

“While religious and other beliefs can be studied selectively and independently from other cognitive and social processes, their dependence upon, and interaction with, other brain functions will be an important area of research in the coming decades,” he told PsyPost. “As they say, ‘the devil is in the details." 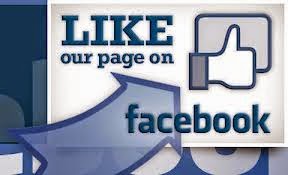 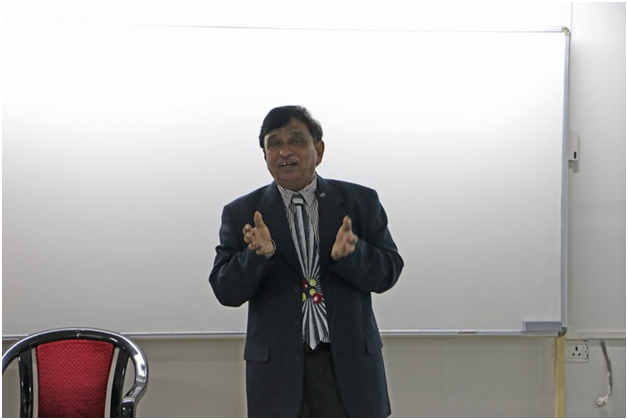 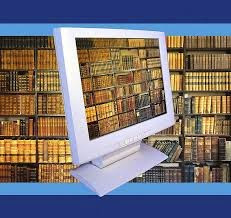 OUR VIRTUAL LIBRARY for the Most happening Management content from Harvard,MIT,Wharton, & others. All About Knowledge Intellect Education. View content on BIG DATA, AI,ROBOTICS, MACHINE LEARNING, SUSTAINABILITY , OTHERS 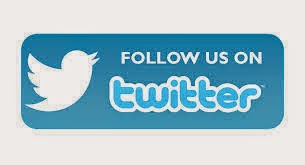 "Que Sera Sera” attitude does not work in Business…..

When work is virtual, Why physical presence should be insisted upon

Body Tattoos are exhibits,Mind Tattoos, Are they inhibits ???

The Path Lies Within

Let us Take Campus to corporates

How to Be Dignified in Job Loss

How to Help Your Team Perform

How to Spread a Sense of Humour

View some rare photo albums from my Lead India Collection 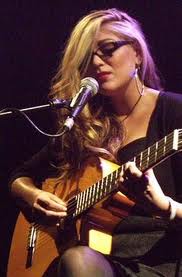 If the stars were mine (Melody Gardot) 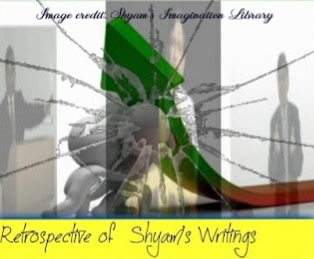